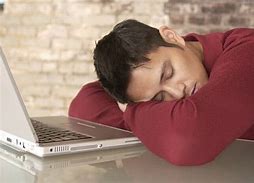 New research adds to the evidence for a link between sleep, memory, and brain function. Especially when it comes to daytime sleeping, or taking a nap. Many famous and intelligent people have been known for their daily naptime ritual.  John Kennedy enjoyed his one to two hour afternoon siesta that continued during his time in the White House. JFK’s workdays were 12 hours long (or more) and he relied heavily on naps to keep him alert. He learnt the technique from his predecessor, Dwight Eisenhower, who took his cue from Churchill.

Why does extra sleep help keep you alert? One theory says that the brain consolidates memories during slumber. We all know that we feel better after a good night sleep, ready to tackle the days problems.  According to the National Institutes of Health, just one lost night of sleep can increase beta-amyloid levels in the brain. Beta-amyloid is a waste product in fluid between brain cells. The body should clear out the substance. But in Alzheimer’s disease it builds up to form plaque in the brain that hinders communication between brain cells. The body needs sleep every night to rid the brain of this waste.

Those that experience poor sleep tend to have changes in their brain tissue in areas related to language and memory. Treating sleep disorders can help lower risk for dementia later in life. There is also evidence that underscores the connection between sleep and memory in young people.  The University of Massachusetts Amherst conducted an experiment with preschoolers. The ones who napped during the day and slept at night performed better in a memory game the next day than those who only slept at night.